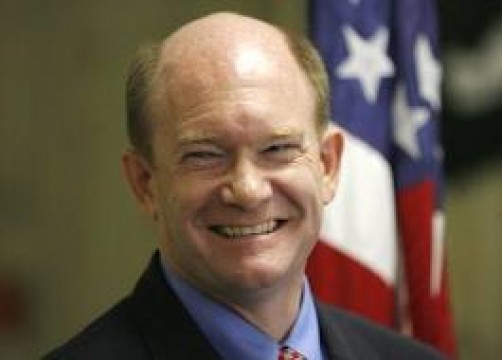 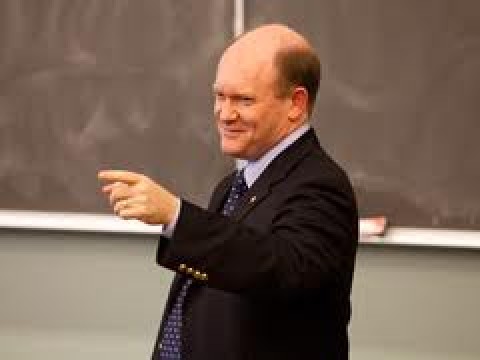 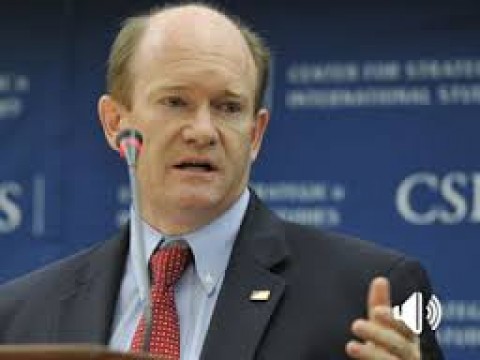 Employer
U.S. Senate
Position
U.S. Senator
Biography
Christopher Andrew “Chris” Coons (born September 9, 1963) is the junior United States senator from Delaware and a member of the Democratic Party. He won a special election in 2010 to succeed Joe Biden, who had resigned to become Vice President. Previously, Coons was the county executive of New Castle County. Coons is the 1983 Truman Scholar from Delaware, and the first recipient of the award to serve in the United States Senate.

A native of Hockessin, Delaware, Coons graduated from Amherst College and received graduate degrees from Yale Divinity School and Yale Law School. He went to work as a volunteer relief worker in Kenya, where he had taken classes in the University of Nairobi, later returning to the U.S. to work for the Coalition for the Homeless in New York. He spent some time as a legal clerk in New York before returning to Delaware in 1996, where he spent eight years as in-house counsel for a materials manufacturing company. In the interim he worked for several nonprofit organizations.

He worked on several political campaigns in his early career, including Ronald Reagan’s 1980 presidential campaign. In college he switched from being a Republican to a Democrat, and in 1996 he became a delegate from Wilmington to the Democratic National Convention in Chicago. His political career began in earnest on the New Castle County Council in 2000, where he served as council president. He was elected county executive in 2004 and served for six years. There he balanced the county budget with a surplus in fiscal year 2010 by cutting spending and raising taxes, and the county maintained a AAA bond rating.

Coons won the 2010 special election against the Republican candidate Christine O’Donnell for the U.S. Senate seat then held by Ted Kaufman, who was appointed after Joe Biden resigned. Coons serves on the Budget, Foreign Relations, Judiciary and Energy and Natural Resources committees, chairing the Senate Foreign Relations Subcommittee on African Affairs.