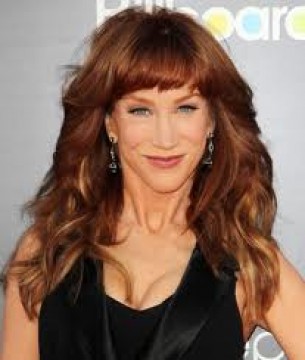 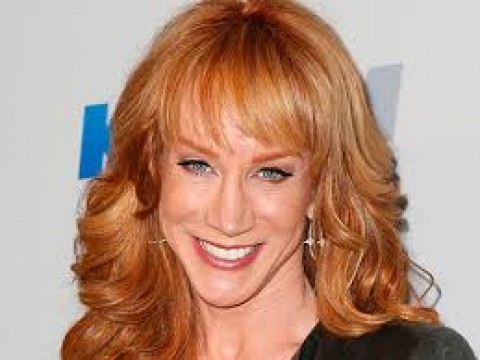 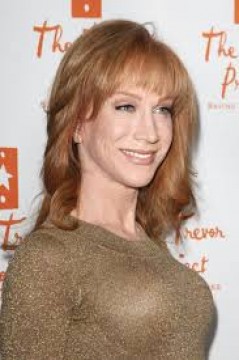 Employer
Self-employed
Position
Actress, Comedian
Biography
Kathleen Mary "Kathy" Griffin (born November 4, 1960) is an American actress and comedian. Born in Oak Park, Illinois, she moved in 1978 to Los Angeles, where she studied drama at the Lee Strasberg Theatre and Film Institute and became a member of the improvisational comedy troupe The Groundlings. In the 1990s, Griffin began performing as a standup comedian and also appeared as a guest star on several television shows. She achieved recognition in a supporting role on the NBC sitcom "Suddenly Susan (1996–2000)."

Her breakthrough came on the Bravo reality show "Kathy Griffin: My Life on the D-List (2005–2010)," which became a ratings hit for the network and earned her two Emmy Awards for Outstanding Reality Program. Griffin has released five comedy albums, with all of them receiving Grammy Award nominations. Her first album, "For Your Consideration (2008)," made her the first female comedian to debut at the top of the Billboard Top Comedy Albums chart. In 2009, she released her autobiography "Official Book Club Selection: A Memoir According to Kathy Griffin," which topped The New York Times Best Seller list.

Griffin has taped numerous standup specials with HBO and Bravo. For the latter network, she has recorded 16 specials, breaking the record for the number of specials in any network. In 2011, she also became the first comedian to have four televised specials in a year. Besides her comedy career, she is an LGBT activist involved in causes such as same-sex marriage and the repeal of "Don't ask, don't tell". She has also participated in two USO tours. Influenced by acts such as Joan Rivers and Don Rickles, Griffin is known for her conversational style and controversial statements on celebrities, religion and sexuality.