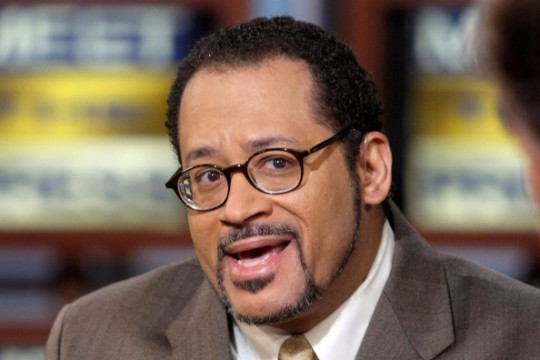 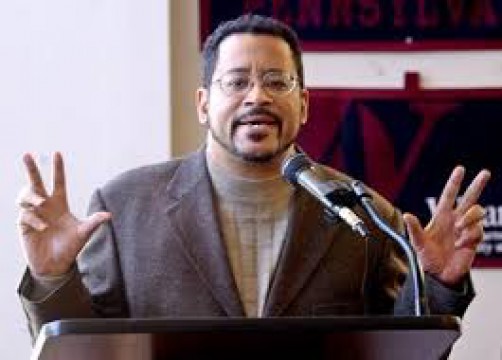 Employer
Georgetown University
Position
Professor
Biography
Dyson returns to Hip Hop in his most recent book Know What I Mean?: Reflections on Hip Hop. His newest book, April 4, 1968, was released for the 40th anniversary of the assassination of Martin Luther King, Jr. Dyson has been nominated for the prestigious NAACP Image Award three times - and has won it twice, first in 2004 for his book, Why I Love Black Women, and in 2006 for his New York Times bestselling book, Is Bill Cosby Right? Or Has the Black Middle Class Lost Its Mind? which dissects class warfare in black America. Dyson’s New York Times bestselling Mercy, Mercy Me: The Art, Loves and Demons of Marvin Gaye, was optioned for a major motion picture.

While Dyson has taught at some of the nation’s most prestigious universities - including Brown, UNC at Chapel Hill, U. Penn and Columbia - his influence has carried far beyond the academy into prisons and bookstores, political conventions and union halls, and church sanctuaries and lecture halls across the world. Dyson has also taken the media by storm through appearances on The Today Show, Nightline, O’Reilly Factor, The Tavis Smiley Show and Real Time with Bill Maher - and he has cemented his star appeal on such shows as Rap City, Def Poetry Jam and The Colbert Report.

Dyson is also the host of the syndicated radio show, The Michael Eric Dyson Show, which addresses social, cultural and political issues in a contemporary vein. Dyson’s powerful scholarship has won him legions of admirers and has made him what the Washington Post terms a “superstar professor.”

Dr. Dyson is presently University Professor at Georgetown University where he teaches theology, English and African American Studies. His legendary rise from welfare father to Princeton Ph.D., from church pastor to college professor, from a factory worker who didn’t start college until he was 21 to a figure who has become what writer Naomi Wolf terms “the ideal public intellectual of our time”