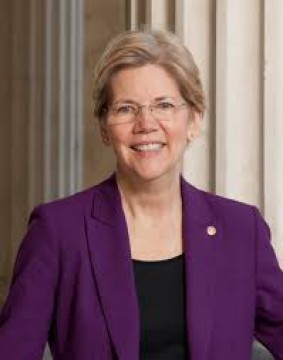 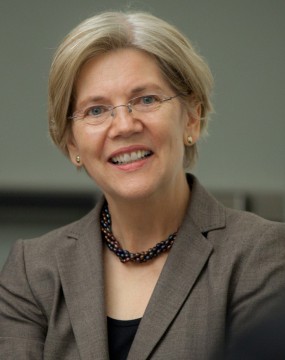 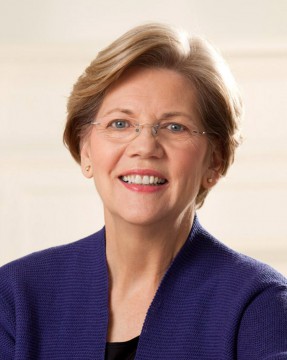 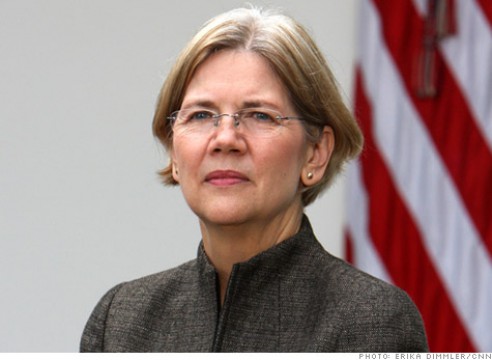 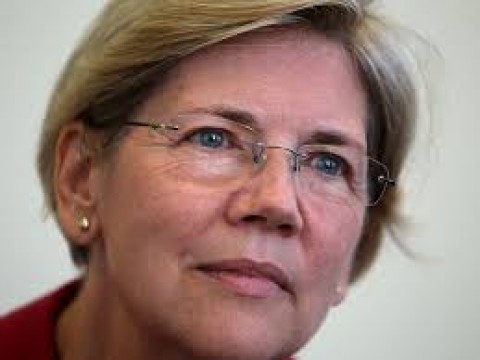 Employer
U.S. Senate
Position
Senator
Biography
Elizabeth Warren, a fearless consumer advocate who has made her life’s work the fight for middle class families, was elected to the United States Senate on November 6, 2012, by the people of Massachusetts.

She is widely credited for the original thinking, political courage, and relentless persistence that led to the creation of the Consumer Financial Protection Bureau. President Obama asked her to set up the new agency to hold Wall Street banks and other financial institutions accountable, and to protect consumers from financial tricks and traps often hidden in mortgages, credit cards and other financial products.

In the aftermath of the 2008 financial crisis, Warren served as Chair of the Congressional Oversight Panel for the Troubled Asset Relief Program (TARP). Her independent and tireless efforts to protect taxpayers, to hold Wall Street accountable, and to ensure tough oversight of both the Bush and Obama Administrations won praise from both sides of the aisle. The Boston Globe named Elizabeth Warren Bostonian of the Year and TIME Magazine called her a “New Sheriff of Wall Street” for her oversight efforts.

During her campaign for the Senate, Elizabeth promised to fight for middle class families and to make sure that everyone has a fair shot to get ahead. She called for policies that would level the regulatory playing field for small businesses and ensure that everyone - even large and powerful corporations - pays a fair share in taxes and is held accountable for breaking the law.

Endorsing Elizabeth’s candidacy, the New Bedford Standard-Times said, “Elizabeth Warren has it right on all the things that matter most to us in SouthCoast and across Massachusetts,” with “principles that without a doubt, promote the well-being of the middle class.” The Boston Globe called Elizabeth “a fierce advocate for the lot of working families, creating educational opportunities, and expanding medical research.” The Springfield Republican said, “We need a voice for working families in Washington again. Elizabeth Warren will give us that voice.”

Senator Warren was a law professor for more than 30 years, including nearly 20 years as the Leo Gottlieb Professor of Law at Harvard Law School. The graduating class at Harvard twice recognized her with the Sacks-Freund Award for excellence in teaching. She taught courses on commercial law, contracts, and bankruptcy and wrote more than a hundred articles and ten books, including three national best-sellers, A Fighting Chance, The Two-Income Trap, and All Your Worth. National Law Journal named her one of the Most Influential Lawyers of the Decade, TIME Magazine twice named her one of the 100 most influential people in the world, and she has been honored by the Massachusetts Women’s Bar Association with the Lelia J. Robinson Award.

Elizabeth learned first-hand about the economic pressures facing working families, growing up in a family she says was “on the ragged edge of the middle class.” She got married at 19, and after graduating from college, started teaching in elementary school. Her first baby, a daughter Amelia, was born when Elizabeth was 22. When Amelia was two, Elizabeth started law school. Shortly after she graduated, her son Alex was born. Elizabeth hung out a shingle and practiced law out of her living room, but she soon returned to teaching.

Elizabeth is a graduate of the University of Houston and Rutgers School of Law. Elizabeth and her husband Bruce Mann have been married for 34 years and live in Cambridge, Massachusetts. They have three grandchildren.