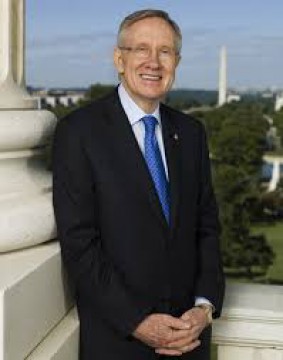 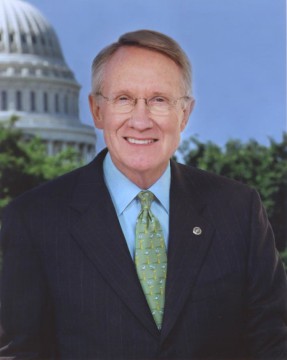 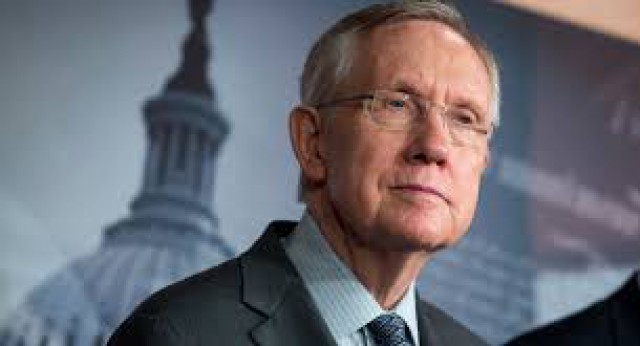 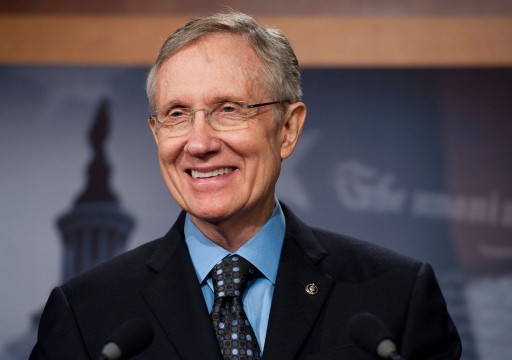 Employer
U.S. Senate
Position
Senator
Biography
Harry Mason Reid was born in Searchlight, Nevada, on December 2, 1939. He was the third of four sons born to mother Inez Orena and father Harry Vincent Reid, a miner who committed suicide in 1972. The Reid home was modest, with no indoor toilet, hot water or telephone.

Reid committed himself to education at a young age. Since Searchlight had no high school, Reid boarded with relatives in Henderson, Nevada, to attend classes at a local school there, as well as participate in football and boxing. He then enrolled at Utah State University, graduating with a degree in political science and history, and went on to receive a law degree from George Washington University in Washington, D.C.

Soon after finishing law school, Reid entered public service. He served as Henderson city attorney and a member of the Nevada Assembly before winning election as lieutenant governor of Nevada in 1970. He held that post until 1974, when he ran for a seat in the United States Senate and lost to his Republican opponent, former Nevada Governor Paul Laxalt. One year later, in 1975, Reid lost a race for the Las Vegas governorship.

Reid’s luck changed in 1982, when he won election to the U.S. House of Representatives. Four years later, in 1986, he successfully ran for a seat in the U.S. Senate. He held the position of Senate Democratic Whip from 1999 to 2005, also serving as chairman of the Senate Ethics Committee (2001-2003). In 2005, Reid succeeded Tom Daschle as Senate minority leader, becoming majority leader soon after. He was unanimously re-elected majority leader in 2008.

Reid has spearheaded several major congressional initiatives, including an ethics reform bill and the 2011 Patient Protection and Affordable Care Act. His positions on core Democratic issues are in line with mainstream party beliefs, though he supports only a restricted right to abortion. In 2012, Reid reversed his then-negative position on same-sex marriage, mirroring a broader shift within the Democratic Party.

A contentious figure during a time of political strife, Reid has received criticism for alleged ethics violations, including the acceptance of unsanctioned gifts and involvement in the Jack Abramoff lobbying scandal. A Senate ethics panel cleared Reid of one set of charges in 2006.

Reid supported the election of Barack Obama in 2008 and the president’s re-election in 2012, but his racially insensitive comments regarding Obama’s viability as a candidate made headlines during the president’s first term. He attracted more media attention in 2012, alleging that Republican presidential nominee Mitt Romney had not paid taxes for a decade, and agreeing with a comment that Romney had damaged the reputation of their shared Mormon faith. (Reid had become a member of the Church of Jesus Christ of Latter-day Saints, or the Mormon church, as a young man.)

As Senate majority leader, Reid emerged as a leading figure in the fiscal cliff economic crisis later that year. The tense negotiations between Republicans and Democrats over spending cuts and tax increases became a bitter political battle as 2012 drew to a close. Reid once again didn’t mince his words when attacking Republicans for not acting in the best interest of the country. He criticized his Republican counterpart in the House of Representatives, claiming that House Speaker John Boehner was not doing enough to make a deal happen. Reid said that Boehner was more interested in keeping power than averting an economic disaster. According to MSNBC.com, Reid said that the House is “being operated by a dictatorship of the speaker, not allowing the vast majority of the House of Representatives to get what they want.”

Apparently, Boehner had some choice words for Reid when the pair ran into each other at the White House. Some reports stated that Reid was cursed out by Boehner. Reid, however, didn’t let party politics prevail. He helped draft a version of the fiscal cliff legislation, which was then reviewed by his Democratic and Republican peers. The Senate passed the bill on January 1, 2013. The House followed suit later that day.

Reid has been married to Landra Gould since 1959. They have a daughter and four sons. Reid and his wife converted to Mormonism while Reid was attending college. Some Republican Mormons have argued that Reid’s political positions are at odds with his faith, including his opposition to the church’s funding of California’s Proposition 8, a state constitutional amendment prohibiting same-sex marriage that was passed in 2008, later found to be unconstitutional. Reid addressed many of these criticisms while delivering a speech at Brigham Young University in Utah in 2007, making connections between his Democratic and Mormon beliefs.