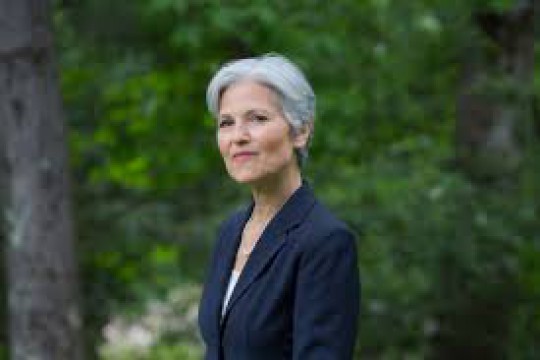 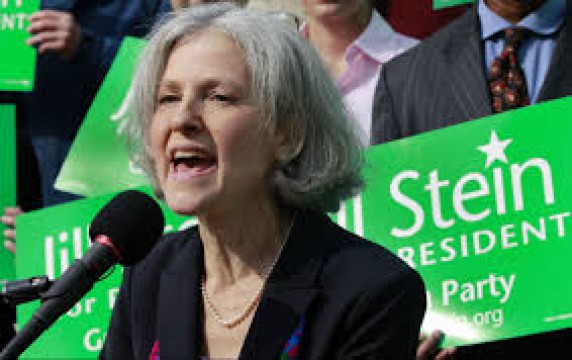 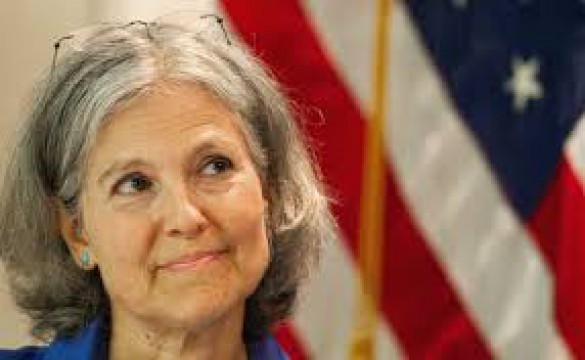 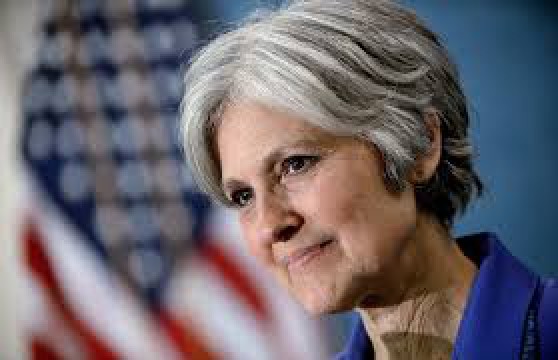 Employer
Self-employed
Position
Physician
Biography
Dr. Jill Stein was the Green Party’s 2012 candidate for President. She holds the current record for most votes ever received by a woman candidate for President of the United States in the general election. She is a mother, an organizer, physician, and pioneering environmental-health advocate. She has helped lead initiatives to fight environmental racism and injustice, to promote healthy communities, to strengthen local green economies and to revitalize democracy. She has helped win victories in campaign finance reform, racially-just redistricting, green jobs, and the cleanup of incinerators, coal plants, and toxic threats. She was a principal organizer for the Global Climate Convergence for People, Planet and Peace over Profit.

As a practicing physician, Jill became aware of the links between toxic exposures and illness emerging in the 1990s. She began to fight for a healthy environment as a human right, assisting non profits, community groups and Native Americans combating environmental injustice and racism in dangerous exposures like lead and mercury in air and water pollution, incinerators and land fills, toxic waste sites and more. She helped lead the fight to clean up the “Filthy Five” coal plants in Massachusetts, raising the bar nationally to a cleaner standard for coal plants. She helped close a toxic medical waste incinerator in Lawrence, MA, one of the poorest communities in New England. She played a key role in rewriting the Massachusetts fish advisories to better protect women and children, Native Americans and immigrants from mercury contamination. She also helped preserve the moratorium on new toxic trash incinerators in Massachusetts.

Having witnessed the power of lobbyists and campaign contributions to block health, environmental and worker protections, Jill became an advocate for campaign finance reform, and worked to help pass the Clean Election Law by voter referendum. This law was passed by a 2-1 margin, but was later repealed by the overwhelmingly Democratic Massachusetts Legislature on an unrecorded voice vote. This sabotage of campaign finance reform by the Democratic Party was a pivotal event in Jill’s political development, confirming her growing allegiance to the Green Party.

In 2002 Jill was recruited by Green-Rainbow Party activists to run for Governor of Massachusetts against Mitt Romney, beginning her first foray into electoral politics. Many observers credited her with being the best informed and most credible candidate in the race.

She has twice been elected to town meeting in Lexington, Massachusetts. She is the founder and past co-chair of a local recycling committee appointed by the Lexington Board of Selectmen.

In 2003, Jill co-founded the Massachusetts Coalition for Healthy Communities, a non-profit organization that fought for the health and well-being of Massachusetts communities, including health care, local green economies, environmental protection, labor rights, and grassroots democracy.

Jill represented the Green-Rainbow Party in two additional races – one for State Representative in 2004 where she finished second, ahead of the Republican. In 2006 she ran for Secretary of State receiving over 350,000 votes – representing one of the greatest vote total ever for a Green-Rainbow candidate.

In 2008, Jill helped lead the “Secure Green Future” ballot initiative to move subsidies from fossil fuels to renewable energy and to create green jobs. The measure won over 81 per cent of the vote in the 11 districts in which it was on the ballot.

Jill received several awards for health and environmental protection including: Clean Water Action’s “Not in Anyone’s Backyard” Award, the Children’s Health Hero” Award, and the Toxic Action Center’s Citizen Award. Jill has appeared as an environmental health expert on the Today Show, 20/20, Fox News, and other programs. She also served on the board of directors for Physicians for Social Responsibility.

She is the co-author of two widely-praised reports, In Harm’s Way: Toxic Threats to Child Development, published in 2000, and Environmental Threats to Healthy Aging, published in 2009. The first of these has been translated into four languages and is used worldwide as a community tool in the fight for health and the environment. The reports connect the dots between human health, social justice, a healthy environment and green economies.