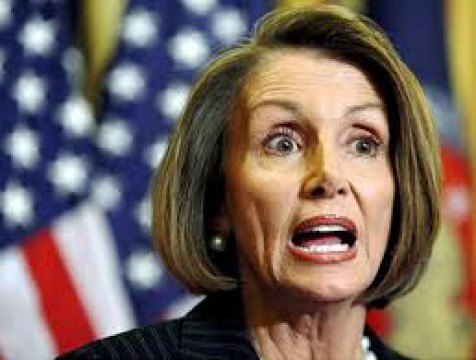 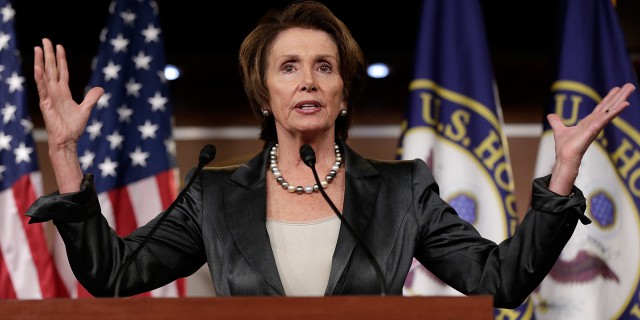 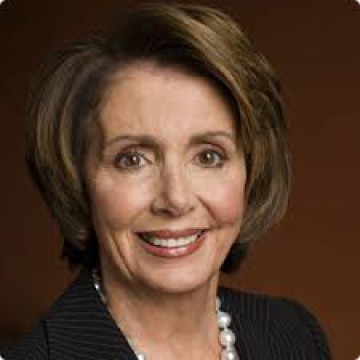 Employer
U.S. House of Representatives
Position
Congresswoman
Biography
For 27 years, Nancy Pelosi has represented California’s 8th District in the House of Representatives. The 8th District includes most of the City of San Francisco including Golden Gate Park, Chinatown, and many of the diverse neighborhoods that make San Francisco a vibrant and prosperous community.

As the Democratic Leader of the U.S. House of Representatives for the 112th Congress, Pelosi is focused on strengthening America’s middle class and creating jobs. From 2007-2011, Pelosi served as Speaker of the House, having been elected as the first woman in American history to serve as Speaker. She first made history in November 2002 when House Democrats elected her the first woman to lead a major political party in Congress. Pelosi served as Democratic Leader from 2003 to 2007 and previously served as House Democratic Whip.

Under the leadership of Pelosi, the 111th Congress was heralded as “one of the most productive Congresses in history” by Congressional scholar Norman Ornstein. President Barack Obama stated, Speaker Pelosi “is an extraordinary leader for the American people” and the Christian Science Monitor wrote: “…make no mistake: Nancy Pelosi is the most powerful woman in American politics and the most powerful House Speaker since Sam Rayburn a half century ago.”

Working in partnership with President Obama, Pelosi led the House effort to pass the American Recovery and Reinvestment Act in early 2009 to create and save millions of American jobs, provide relief for American families, and provide a tax cut to 95 percent of working Americans. With the House Democratic Caucus, Pelosi continues to focus on the need to create jobs in America and prevent them from being shipped overseas.

Pelosi spearheaded passage of historic health insurance reform legislation in the House which provides a Patients’ Bill of Rights and will provide insurance for 32 million more Americans while lowering health care costs over the long term. The new law provides patients with affordable insurance choices, curbs abuses by the insurance industry, strengthens Medicare, and will reduce the deficit by $143 billion over the next 10 years.

In the 111th Congress, Pelosi also lead the Congress in passing strong Wall Street reforms to rein in big banks and protect consumers as well as the Student Aid and Fiscal Responsibility Act, which expands educational opportunities and reforms the financial aid system to save billions of taxpayers’ dollars.
Additional key legislation passed into law included the Lilly Ledbetter Fair Pay Act to restore the ability of women and all workers to access our judicial system to fight pay discrimination, legislation to provide health care for 11 million American children, national service legislation, and hate crimes legislation. In late 2010, Pelosi led the Congress in passing child nutrition and food safety legislation as well as repealing the discriminatory “Don’t Ask, Don’t Tell” policy, which prohibited gays and lesbians from serving openly in the military.

Pelosi has made energy security her flagship issue, enacting comprehensive energy legislation in 2007 that raised vehicle fuel efficiency standards for the first time in 32 years and making an historic commitment to American home grown biofuels. In 2009, under her leadership, the House passed the landmark American Clean Energy and Security Act – a comprehensive bill to create clean energy jobs, combat climate change, and transition America to a clean energy economy. The legislation was blocked by Republicans in the United States Senate, but sent a strong signal to the world on the United States’ commitment to fighting the climate crisis.

In continuing to push for accountability and transparency in government, under Speaker Pelosi, the House has passed the toughest ethics reform legislation in the history of the Congress, including the creation of an independent ethics panel, increased accountability and transparency in House operations, including earmark reforms. As Speaker, Pelosi led the fight to pass the DISCLOSE Act in the House, which fights a corporate takeover of U.S. elections and ensures additional disclosure.

Additional key accomplishments signed into law under the leadership of Speaker Pelosi include: an increase in the minimum wage for the first time in 10 years, the largest college aid expansion since the GI bill in more than 60 years, and a new GI education bill for veterans of the Iraq and Afghanistan wars and increased services for the veterans, caregivers, and the Veterans Administration.

As a senior member of the House Appropriations Committee, Pelosi fought for America’s families. She has been a leader in increasing educational opportunity, protecting workers, and promoting health care, including women’s health and the creation of a nationwide health tracking network to examine the links between environmental pollutants and chronic disease. She has been a strong proponent of increased investments in health research, and has secured funding to double the budget for the National Institutes of Health. Pelosi also has successfully defeated repeated attempts to reduce funding for international family planning programs.

One of Pelosi’s first legislative victories was the creation of the Housing Opportunities for People with AIDS program. She has also worked to accelerate development of an HIV vaccine, expand access to Medicaid for people living with HIV, and increase funding for the Ryan White CARE Act, the Minority HIV/AIDS Initiative and other programs vital to people living with or at risk for HIV/AIDS.

Pelosi also successfully increased access to health insurance for people with disabilities by ensuring continuation of their health care coverage. She was instrumental in passing legislation to assist nonprofit organizations in the creation of affordable housing.

As a member of the House Permanent Select Committee on Intelligence for 10 years (the longest continuous period of service in the committee’s history) including two years as the Ranking Democrat, Pelosi worked to ensure that policymakers and military commanders are provided with the timely and accurate intelligence necessary to guide diplomatic initiatives, succeed in combat, and protect U.S. military forces.

In meetings around the world with U.S. and foreign intelligence leaders, Pelosi has urged for greater attention to the threats to international security posed by the proliferation of technologies associated with the weapons of mass destruction and global terrorism.

In the wake of the September 11 terrorist attacks, Pelosi led congressional reviews of the U.S. intelligence and security agencies and authored legislation to create an independent national commission to assess the overall performance of the federal government before, during, and after the attacks.

Pelosi has long been an advocate for human rights around the world. She has fought to improve China’s human rights record, attempting to tie trade to increased human rights standards. She has also been a leader on efforts to free the people of Tibet.

A leader on the environment at home and abroad, Pelosi secured passage of a provision in the International Development and Finance Act of 1989 which requires the World Bank and all the regional multilateral development banks to review the potential environmental impacts of development projects for which they provide funding and to make these environmental assessments publicly available. Known as the “Pelosi Amendment,” it has become a significant tool for indigenous, nongovernmental organizations around the world.

Pelosi has also served on the Committee on Standards of Official Conduct (Ethics) and the Banking and Financial Services Committee. She has chaired the Congressional Working Group on China and has served on the Executive Committee of the Democratic Study Group.
Personal Story

Pelosi graduated from Trinity College in Washington, D.C. in 1962. Pelosi and her husband, Paul Pelosi, a native of San Francisco, have five children and nine grandchildren.