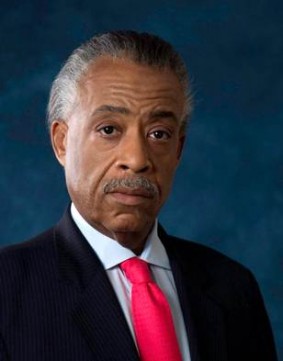 Employer
MSNBC
Position
Host
Biography
Rev. Al Sharpton, or “The Rev,” as he is known among his fans, has been active in the Civil Rights Movement since the 1970s, but his popularity gained ground during the Amadou Diallo trial. In September 1999, Rev Sharpton led multi-ethnic rallies after the police slaying of West African immigrant Amadou Diallo.

Sharpton ran for political office in 1992, 1994 and 1997. His first campaign for a seat in the U.S. Senate garnered him 70 percent of the state-wide black vote and helped three black legislators achieve victory. His 1997 run for New York City mayor came within one percentage point of forcing a Democratic primary run off.

Rev. Sharpton made his first appearance on the national stage in 1985 during the trial of Bernie Goetz, who allegedly shot four unarmed black men on the New York subway. Goetz was indicted on a murder charge but acquitted on all but minor gun charges.

In the early 1970s Sharpton founded the National Youth Movement, an organization with the stated purpose of fighting drugs and raising money for ghetto youth. As the l6-year-old director of the organization, Sharpton made his first newspaper headlines in 1971 by urging black children in Harlem to participate in the African celebration of Kwanzaa instead of traditional Christmas events. The organization was later renamed the United African Movement, which Sharpton touted as a charitable anti-drug group with 30,000 members in 16 cities.

He was arrested for the first time in 1970 after a sit-in at New York City Hall to demand more summer jobs for teenagers.

Sharpton’s name is not only known for leading hundreds of marches. He briefly managed the soul singer James Brown.

Sharpton’s career is recounted in his 1996 autobiography, Go and Tell Pharaoh.

Sharpton is married to Kathy Jordan. They have two daughters and live in Brooklyn.