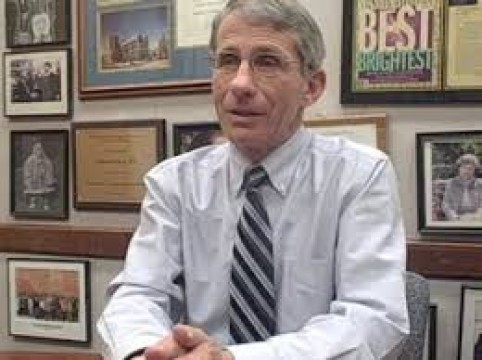 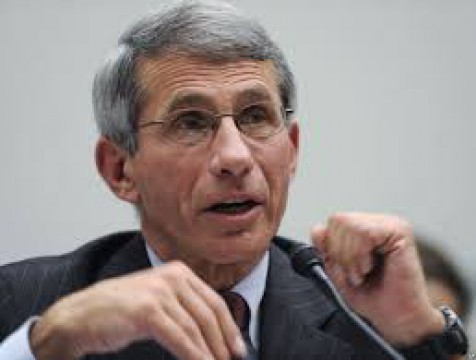 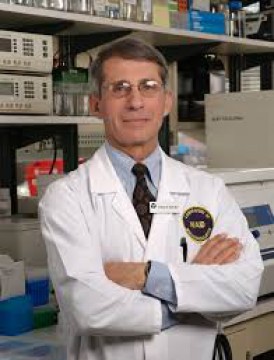 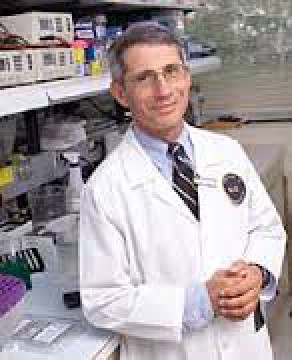 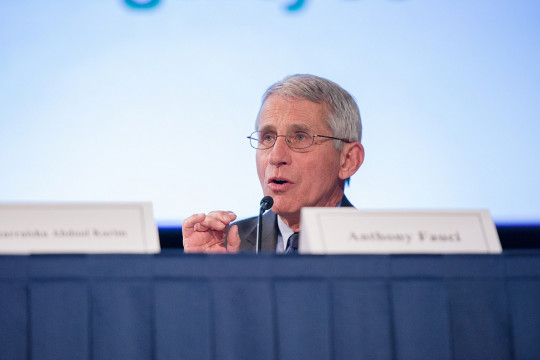 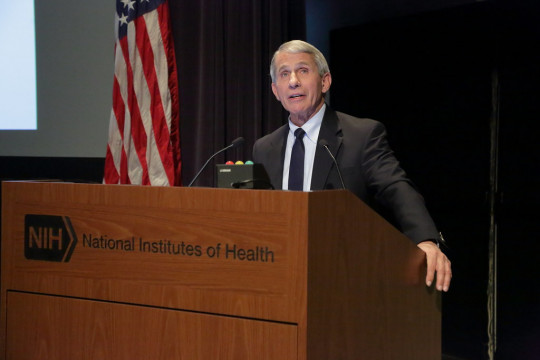 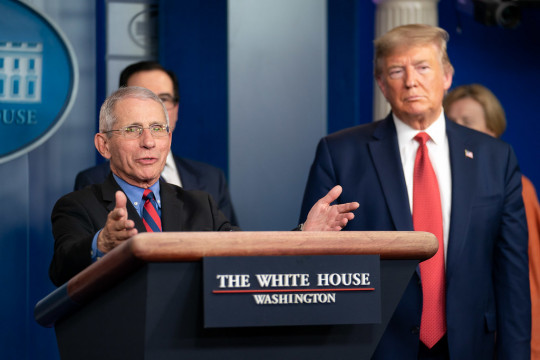 Employer
National Institute of Allergy and Infectious Diseases (NIAID)
Position
Director
Biography
Dr. Fauci was appointed Director of NIAID in 1984. He oversees an extensive research portfolio of basic and applied research to prevent, diagnose, and treat infectious diseases such as HIV/AIDS and other sexually transmitted infections, influenza, tuberculosis, malaria and illness from potential agents of bioterrorism. NIAID also supports research on transplantation and immune-related illnesses, including autoimmune disorders, asthma and allergies. The NIAID budget for fiscal year 2013 was approximately $4.5 billion. Dr. Fauci serves as one of the key advisors to the White House and Department of Health and Human Services on global AIDS issues, and on initiatives to bolster medical and public health preparedness against emerging infectious disease threats such as pandemic influenza. He was one of the principal architects of the President’s Emergency Plan for AIDS Relief (PEPFAR), which has already been responsible for saving millions of lives throughout the developing world.

Dr. Fauci also is the long-time chief of the NIAID Laboratory of Immunoregulation. He has made many contributions to basic and clinical research on the pathogenesis and treatment of immune-mediated and infectious diseases. He helped pioneer the field of human immunoregulation by making important basic scientific observations that underpin the current understanding of the regulation of the human immune response. In addition, Dr. Fauci is widely recognized for delineating the precise mechanisms whereby immunosuppressive agents modulate the human immune response. He developed effective therapies for formerly fatal inflammatory and immune-mediated diseases such as polyarteritis nodosa, granulomatosis with polyangiitis (formerly Wegener’s granulomatosis), and lymphomatoid granulomatosis. A 1985 Stanford University Arthritis Center Survey of the American Rheumatism Association membership ranked the work of Dr. Fauci on the treatment of polyarteritis nodosa and granulomatosis with polyangiitis as one of the most important advances in patient management in rheumatology over the previous 20 years.

Dr. Fauci has made seminal contributions to the understanding of how HIV destroys the body’s defenses leading to its susceptibility to deadly infections. Further, he has been instrumental in developing highly effective strategies for the therapy of patients living with HIV/AIDS, as well as for a vaccine to prevent HIV infection. He continues to devote much of his research time to identifying the nature of the immunopathogenic mechanisms of HIV infection and the scope of the body’s immune responses to HIV.

In 2003, an Institute for Scientific Information study indicated that in the 20-year period from 1983 to 2002, Dr. Fauci was the 13th most-cited scientist among the 2.5 to 3 million authors in all disciplines throughout the world who published articles in scientific journals during that time frame. Dr. Fauci was the world’s 10th most-cited HIV/AIDS researcher in the period from 1996 through 2006.

Dr. Fauci has delivered major lectures all over the world and is the recipient of numerous prestigious awards, including the Presidential Medal of Freedom, the National Medal of Science, the George M. Kober Medal of the Association of American Physicians, the Mary Woodard Lasker Award for Public Service, the Albany Medical Center Prize in Medicine and Biomedical Research, the Robert Koch Gold Medal, the Prince Mahidol Award, and 38 honorary doctoral degrees from universities in the United States and abroad.

Dr. Fauci is a member of the National Academy of Sciences, the American Academy of Arts and Sciences, the Institute of Medicine, and the American Philosophical Society, as well as other professional societies including the American College of Physicians, The American Society for Clinical Investigation, the Association of American Physicians, the Infectious Diseases Society of America, The American Association of Immunologists, and the American Academy of Allergy, Asthma & Immunology. He serves on the editorial boards of many scientific journals; as an editor of Harrison’s Principles of Internal Medicine; and as author, coauthor, or editor of more than 1,200 scientific publications, including several textbooks.