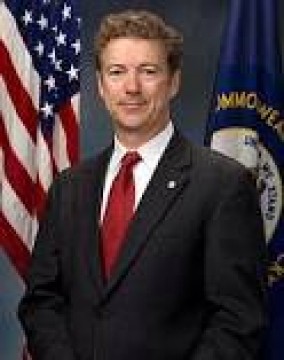 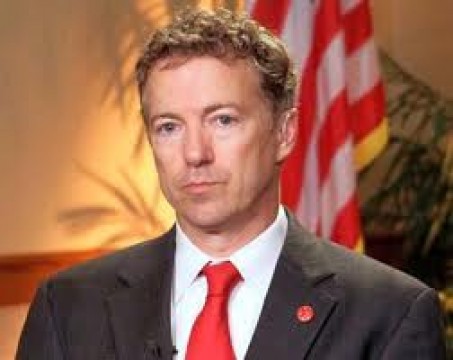 Employer
U.S. Seante
Position
Senator
Biography
Randal Howard “Rand” Paul (born January 7, 1963) is the junior United States Senator for Kentucky. He is a member of the Republican Party. A member of the Tea Party movement, he describes himself as a “constitutional conservative” and a libertarian. He is the son of Congressman and 2012 Republican presidential candidate Ron Paul of Texas. Paul first received national attention in 2008 when making political speeches on behalf of his father. Rand Paul is the first United States Senator in history to serve simultaneously with a parent in the United States House of Representatives.

A graduate of the Duke University School of Medicine, Paul has been a practicing ophthalmologist in Bowling Green, Kentucky, since 1993, and established his own clinic in December 2007. In 1994, he founded Kentucky Taxpayers United, of which he is still the chairman.

In 2010, Paul ran as the Republican candidate for the United States Senate seat being vacated by retiring Senator Jim Bunning of Kentucky, beating Kentucky Secretary of State Trey Grayson in the primary. Despite the fact that he had never previously held political office, Paul defeated Kentucky Attorney General Jack Conway. As a supporter of the Tea Party movement, Paul has been vocal in advocating for term limits, a balanced budget amendment, and the Read the Bills Act, in addition to the widespread reduction of federal spending and taxation. He has gained prominence for his independent positions on many political issues, often clashing with both Republicans and Democrats.