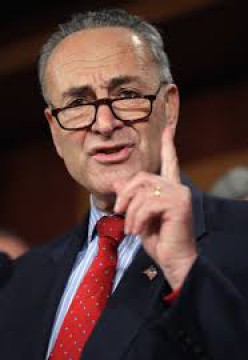 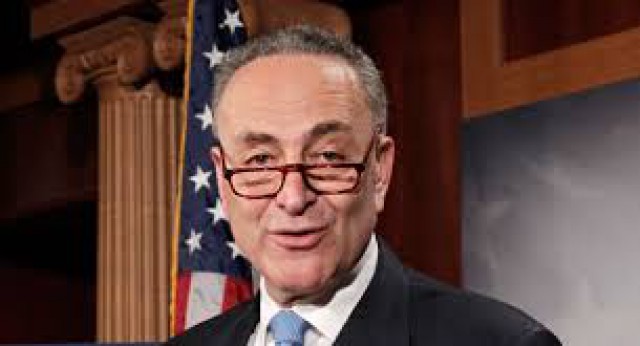 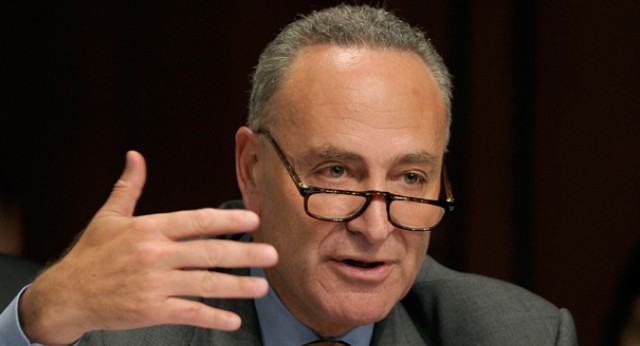 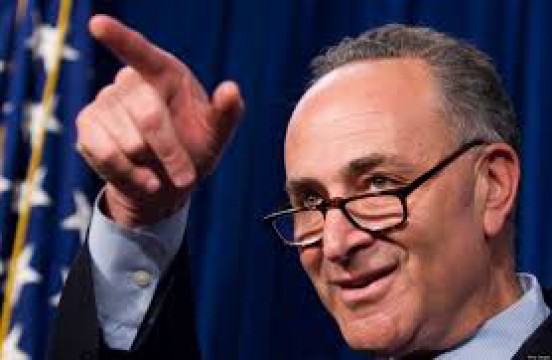 Employer
U.S. Senate
Position
Senator
Biography
U.S. Senator Charles ‘Chuck’ Ellis Schumer has dedicated his career to protecting the middle class and helping those working to reach it. Though he has become a leader in finding common sense solutions to national issues, Chuck has built a reputation as a tireless fighter for New York, visiting all 62 counties every year and talking to constituents in every corner of our state.

Chuck was born in Brooklyn, NY on November 23, 1950 to parents Selma, a homemaker active in the community, and Abe, who owned a small exterminating business. Chuck grew up the Sheepshead Bay neighborhood and with his siblings, Fran and Robert, attended PS 197 and Madison High School. Chuck has two daughters, Jessica and Alison, and he still resides in Brooklyn with his wife, Iris Weinshall.

After graduating from Harvard College and Harvard Law School in 1974, Chuck returned home and ran for the New York State Assembly, becoming, at 23, the youngest member of the State Legislature since Theodore Roosevelt. He soon made his mark with his trademark vigor and tireless advocacy. In 1980, at 29, Chuck ran for and won the seat in the 9th Congressional District.

Chuck represented the 9th CD in Brooklyn and Queens for eighteen years, where he established his reputation as a pioneer in the fight against crime and as a consumer advocate. Chuck authored the Omnibus Crime Bill, which put 100,000 new cops on the street. He was the leading sponsor of the Violence Against Women Act, to combat domestic violence and sexual assault, and the Brady Bill, which instituted mandatory background checks for handgun purchases. He co-wrote the Assault Weapons Ban, and sponsored the Hate Crimes Prevention Act, which organized data on crimes of bigotry and allowed federal authorities to prosecute these crimes. He also sponsored legislation that required banks and credit card companies to provide greater disclosure to consumers.

In 1998, Chuck was elected to the U.S. Senate; he became New York’s senior senator when Senator Daniel Patrick Moynihan retired in 2000. Chuck kicked off his first Senate term by announcing he would visit each of New York’s 62 counties every year, a tradition he continues today. Doing so has enabled Chuck to keep in touch with voters from every corner of the state.

Throughout his time in the Senate, Chuck has made improving New York’s economy his top priority, bringing affordable air service to Upstate New York and the Hudson Valley and delivering over $20 billion in aid to New York City following the attacks on September 11, 2001. Chuck was the author of legislation that eliminated barriers that delay low-cost generic medications from entering the marketplace and led the charge to make college tuition tax deductible. He also aggressively championed agricultural measures to preserve vital market support programs for New York’s dairy farmers and crop growers.

After New Yorkers re-elected him in 2004, Chuck was awarded two powerful posts by his colleagues. The first, a seat on the Senate Finance Committee, which oversees the nation’s tax, trade, social security and health care legislation. The second honor was the Chairmanship of the Democratic Senatorial Campaign Committee (DSCC). Chuck successfully led the DSCC for two consecutive cycles before stepping down at the end of 2008.

Following the elections of 2006, Majority Leader Harry Reid (D-NV) appointed Chuck to serve as Vice Chair of the Democratic Conference, the number three position on the Democratic Leadership team and a position he continues to hold. After New Yorkers re-elected him for a third term in 2010, Chuck took on an expanded role in the Senate as Chairman of the Democratic Policy and Communications Center. Chuck also serves as the Ranking Member on the Senate Rules Committee, which oversees federal elections, voting rights, campaign finance, and the operation of the Senate complex.

In addition, Chuck sits on the Committee on Banking, Housing, and Urban Affairs; the Judiciary Committee, where he is Ranking Member of the Subcommittee on Immigration, Refugees, and Border Security; and the Joint Committee on the Library.