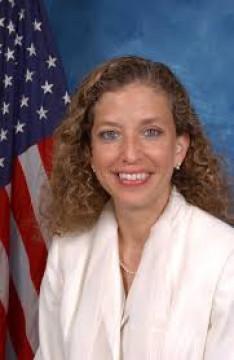 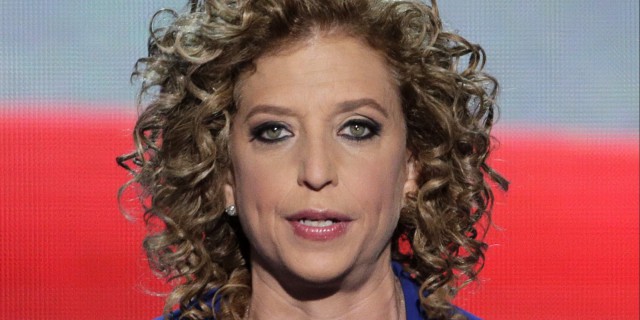 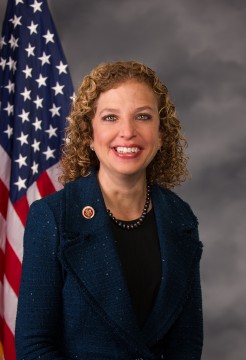 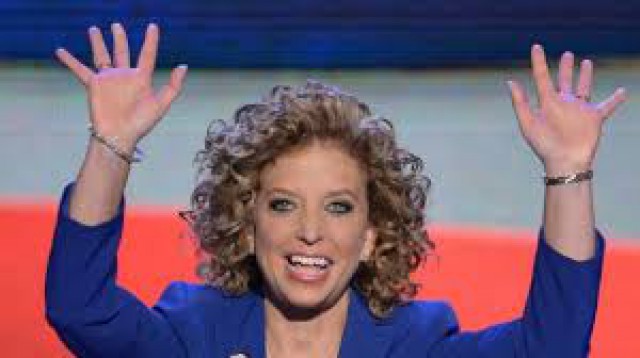 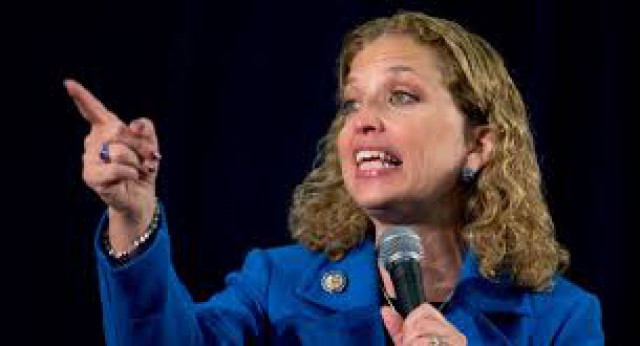 Employer
U.S. House of Representatives, Democrat National Committee Chair
Position
Congresswoman
Biography
For more than 20 years, Debbie Wasserman Schultz has dedicated her public life to working on behalf of the people of South Florida. On January 4, 2005, she was sworn in as a member of the United States House of Representatives.
Rep. Wasserman Schultz represents Florida’s 23rd Congressional district, which encompasses parts of Broward and Miami-Dade counties. Before joining the U.S. Congress, she was first a Representative and later a Senator in the Florida State Legislature.

Wasserman Schultz was also recommended to the House Appropriations Subcommittee on State and Foreign Operations, where she will advocate for funding for security, economic, and humanitarian assistance, as well as work to reduce poverty around the world. She also serves as a Chief Deputy Whip where she works to help advance legislation important to the Democratic caucus.

Rep. Wasserman Schultz is a person respected by her colleagues for her tenacity and her hard work on many important issues. In March 2009, after announcing her own battle with breast cancer, she introduced the Education and Awareness Requires Learning Young Act, or EARLY Act (H.R. 1740), a piece of legislation that directs the Centers for Disease Control and Prevention to develop and implement a national education campaign about the threat breast cancer poses to all young women, and the particular heightened risks of certain ethnic, cultural and racial groups. This bill became law as part of the Affordable Health Care Act in March, 2010.

A fighter for South Florida families, Rep. Wasserman Schultz has worked hard to protect children. Some of her accomplishments in the field include the passage of the PROTECT Our Children Act, which creates the largest law enforcement effort ever formed for the protection of children, and, the passage of the Virginia Graeme Baker Pool and Spa Safety Act to combat childhood drowning.

In 2011 she joined the Congressional Caucus for Women’s Issues, a bipartisan Members’ organization dedicated to promoting women’s economic, health, legal, and educational interests. The Caucus serves as both a legislative resource on women’s issues and an advocate on behalf of those issues.

The first Jewish Congresswoman ever elected from Florida, Rep. Wasserman Schultz introduced a resolution, which passed the House of Representatives and called on the President to declare an annual Jewish American Heritage Month. The President subsequently did so, with the inaugural month in May, 2006. Since then, Presidents have proclaimed Jewish American Heritage Month annually.

All of this experience serves to enhance her commitment to lower health care costs, improve the quality of life for our children, protect Social Security and Medicare, and provide a sensible homeland security plan to protect our citizens from the ongoing threat of terror. She continues to fight to ensure that our first responders, our local police and firefighters, have the tools they need to do their jobs. And she continues to take up the fight to give our troops and veterans the equipment and compensation they deserve.

Debbie Wasserman Schultz was born in 1966 on Long Island, NY. She attended the University of Florida and graduated with a Bachelor’s Degree in Political Science in 1988 and with a Master’s Degree in 1990. She has been married to Steve Schultz for more than 20 years and together they have three children. The Congresswoman is proud to call South Florida home where she resides with her family in Weston.