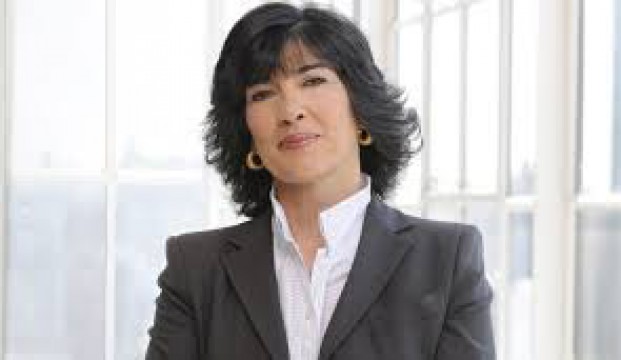 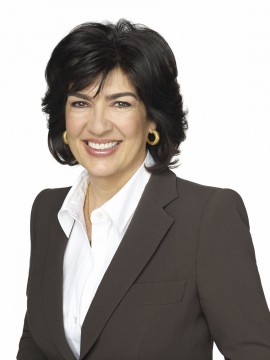 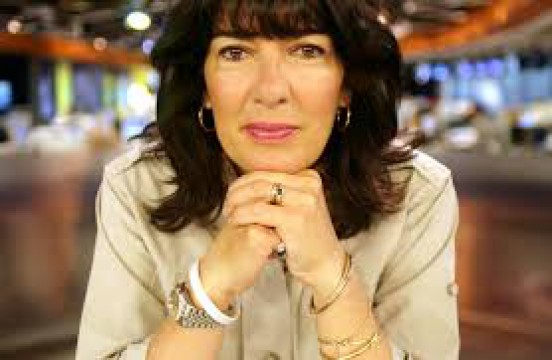 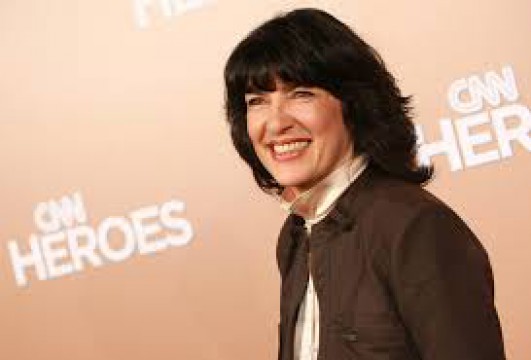 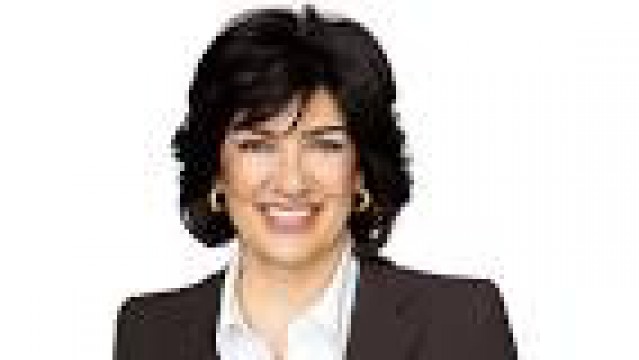 Beginning in 1983 as an entry-level assistant on the international assignment desk at CNN’s headquarters in Atlanta, Amanpour rose through the organization becoming a reporter at the New York bureau, and later, one of the network’s leading international correspondents.

Amanpour’s fearless and uncompromising approach made her popular with audiences, and a force to be reckoned with by global influencers — in 1996, Newsweek said that her reporting from conflict hotspots in the Gulf and the Balkans had helped make CNN ‘must-see TV for world leaders’.

From the Iran-Iraq war, to the 1991 Gulf War, the 2003 American-led invasion and the recent Islamist incursion in the north west of the country, Amanpour has documented the bloody violence which has marked Iraq’s recent history. In 2004, she also reported exclusively from the courtroom at the trial of Saddam Hussein, where the former dictator, dishevelled and in chains, was sentenced to death for crimes against humanity.

On the ground during the siege of Sarajevo, Amanpour exposed the brutality of the Bosnian War, reporting on the daily tragedy of life for civilians in the city. She was outspoken, calling out the human rights abuses and massacres committed against the Bosniaks, later saying “There are some situations one simply cannot be neutral about, because when you are neutral you are an accomplice.”
In 2009 “Amanpour” was launched, and the primetime interview programme has seen Amanpour speak to a raft of leaders and decision makers on the issues affecting the world today.

Throughout her time at CNN Amanpour has secured exclusive interviews with global power players. In the wake of the September 11 attacks she was the first international correspondent to interview British Prime Minister Tony Blair, Pakistani president Pervez Musharraf and Afghan President Hamid Karzai. During the height of the Arab Spring she conducted an Emmy-winning interview with Libya’s former leader ‘Colonel’ Moammar Gadhafi, as well as Egypt’s now-deposed President Hosni Mubarak.

Following his landslide election victory, Amanpour spoke exclusively to Iranian president Hassan Rouhani, eliciting from him acknowledgement of the occurrence of the Holocaust. She was the first journalist to interview Brazilian President Dilma Rousseff following her country’s shocking defeat in the 2014 World Cup semi-final. She also had the rare opportunity to sit down with Venezuelan President Nicolas Maduro, talking to him about the widespread violent demonstrations in his country.

In January 2014, Amanpour also exclusively broke the news of a dossier of testimony and photographs which alleged to show systematic torture of prisoners by government forces in Syria, welcoming a panel of war crimes experts who attested to the veracity of the shocking allegations. It was with this evidence that she later confronted Russian Prime Minister Dmitry Medvedev — challenging him to justify his government’s support for the Assad regime.
She has reported from the aftermath of many humanitarian crises including the devastating 2010 earthquake in Haiti, the 2011 Japanese tsunami, and Hurricane Katrina, where she visited a community center which had been converted to a makeshift morgue for victims of the storm.

In addition to her work as an anchor and reporter, Amanpour is an active rights campaigner. A board member of the Committee to Protect Journalists, the Centre for Public Integrity and the International Women’s Media Foundation, she has used her profile to raise awareness of key global issues. She has interviewed educational rights activist Malala Yousafzai for CNN on several occasions — bringing focus to her courage and international advocacy work. In May 2014 she used an appearance on BBC television to raise awareness of the plight of the 200 Nigerian schoolgirls abducted by Boko Haram - asking British Prime Minister David Cameron to join the #BringBackOurGirls campaign.

Amanpour has earned every major television journalism award including eleven News and Documentary Emmy Awards, four Peabody Awards, two George Polk Awards, three duPont-Columbia Awards and the Courage in Journalism Award. She has received nine honorary degrees, has been named a CBE and was this year inducted into the Cable Hall of Fame.